A logo design appears to be a very tiny element in front of an entire sports league; to put it in one way.

However, it is these logo designs of each individual sports league, or a team in the league, which really provide that identity for the fans to relate with.

When you see someone wearing a sweatshirt with an inter-crossed ‘N’ and ‘Y’ logo, you can immediately identify them as a Yankees fan; and create a judgment for their personality instantly!

That’s the level of impact these logo designs have on the overall sporting culture in America.

Sports in America play a very significant role in the lives of people and society as a whole. It has become a part of their culture and coincides with community values as well as political agencies.

Honestly, you don’t really have to go to a sports bar to find someone who may be an NFL fan or an MLB follower. You can find such sports fanatics at every nook and corner of every county.

Now, of course, there’s hardly any globally popular sport which is not a part of American sports culture.

In fact, when it comes to sports, America is right at the top of the table as one of the best sporting nations in the world. Be it the Olympic Games, World Championships, or any other major league sports competitions, the USA is arguably the top-ranked country globally.

However, there are four major sporting events that have a special place in the hearts and lives of people in the country.

And, since you are here, we give it that you are a huge sports fan who’s constantly intrigued to know everything about their favorite sporting event.

If that’s the case, then you are certainly in the right place!

Today, we’ll get into the archives and share with you some very interesting, and unheard, stories about the logo designs of America’s top four sports leagues.

Today, with American football being the most popular sporting event in America, the NFL has turned into the biggest and wealthiest professional sports league in the country.

However, not many know that despite coming into the sporting scene in the 1920s, it wasn’t until the late 1930s that this now famous American sporting league had its own brand identity; a logo!

While the logo design of the NFL has certainly undergone several changes (3 times to be precise) over the period of 100 years now, the very first logo was not really that different than the current one.

There was a white field with deformed, red letters saying “NFL” on a blue shield and 25 stars shone above the letters, signifying the number of teams playing in the league. And, on a starry background, there was a ball. All of these elements provided a pretty traditional look to the logo.

The creator of the first logo design remains to be anonymous to date, however, a few followers of the game predict it to be the first president of the league, Jim Thorpe; a brilliant player from “Canton Bulldogs”.

Baseball can easily be tagged as the creator of sports culture in the USA. Not only is it the oldest of all the major sports leagues in America but, also one of the most cherished and loved sports in the country.

The league consists of two main entities in the form of the National League and American League and was founded in the late 1870s.

And, while the logo design for MLB also goes way beyond 1903, it was not until 1968 that the league had a static brand identity in the form of a well-designed logo; a white silhouette of a batter, flanked by a backdrop of blue and red.

Today, it is a well-known fact that it was Jerry Dior who designed the logo for MLB back in 1968 while he was working with a New York marketing firm Sandgren and Murtha. However, it was not until 4 decades later that he got the recognition for his work.

Yes! You read that correctly.

Up until 2009, when MLB carried out an independent investigation and found out about Dior’s contribution to the logo design, it was considered to be a silhouette of the Hall of Famer Harmon Killebrew.

Dior cleared the air by telling the complete story and establishing the fact that the logo is not modeled after any one player but, instead, made it intentionally ambiguous in every way; including the batter's side of the plate. The silhouette is of an anonymous player and was drawn with reference to photographs of several players.

The silhouette was chosen specifically because of its ambiguity: the batter could be right or left-handed and of any ethnic background.

If there’s one global sporting event that the USA can claim to be their gift to the world, it is certainly the game of Basketball. It is one of those very few sports which are not only accepted globally but, are cherished and played with the same enthusiasm everywhere.

The National Basketball Association, or popularly known as the NBA, is one the biggest sports leagues in America and is represented by the iconic logo design created by Alan Siegel since 1969.

Just a year later after Dior’s MLB logo design in 1968, the logo of the National Basketball Association was launched. The uncanny similarity between the two logos triggered another theory of the player behind the logo of the game.

In an interview, Siegel explained that the similarity between the two logo designs was not a coincidence but a genuine attempt to rebrand basketball as the ‘all American’ sport; just like baseball was back then.

In a single frame, this photo seemed to capture the fluid, fast-paced nature of the game. And, as we know it, the iconic logo indeed helped in rebranding the game of basketball and made the NBA one of the most popular sports leagues in America today.

The logo remains unchanged to date.

The National Hockey League, or popularly known as NHL, is the oldest sports league in America after MLB and is considered to be the premier ice hockey league in the world.

The league saw its inception in 1917 and, though the famous shield logo of NHL was first introduced in 1936, the logo design was already conceptualized back in 1917 itself.

And, unlike its major league partners, NHL stayed on with its initial logo for a long 68 years.

In 2005, the league decided it was time to give it a fresh and new identity. They switched from the brown color to a shade of silver and also tweaked the typeface of the letters in the logo.

Additionally, the reversed the positioning of letters to go upside in place of going downside, from left to right.

So, these were some pretty interesting stories behind the logo designs of America’s top sports leagues.

It is intriguing to know how a small graphic can actually create such a strong impact on the lives of millions of people. And, of course, generate billions in revenue for business entities when they use these logo designs on t-shirts, caps, and other advertising gimmicks.

A logo design is the most important element for an entity to create its own brand identity. Logo designs play a big role in connecting with the audience; which is largely the end objective for any business.

So, if you are looking for custom logo designs for your business to create a similar kind of impact that would transform your business into a brand name, don’t wait anymore.

Get in touch with us at support@graphicszoo.com today! 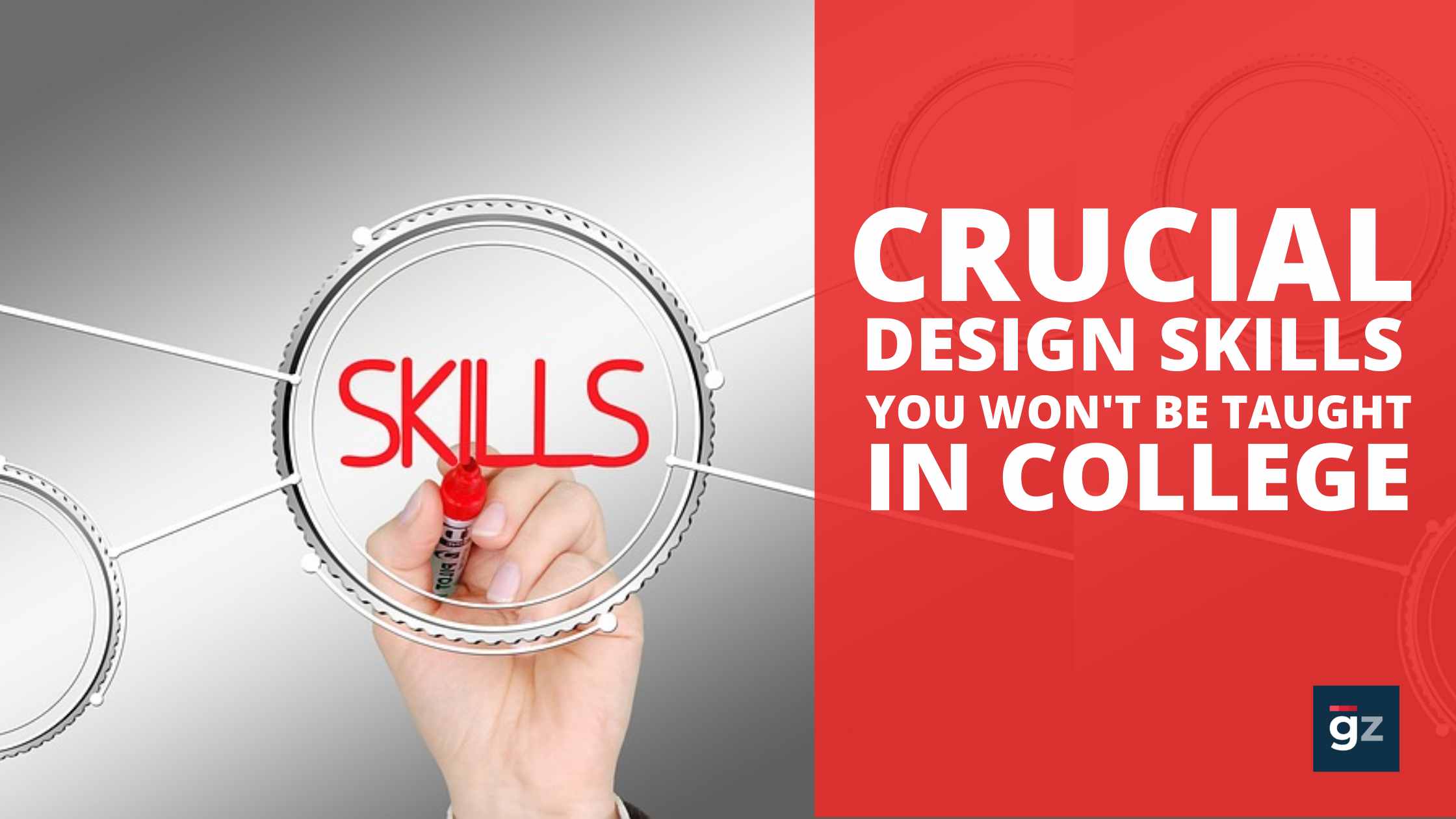 Crucial Design Skills You Won't Be Taught In College 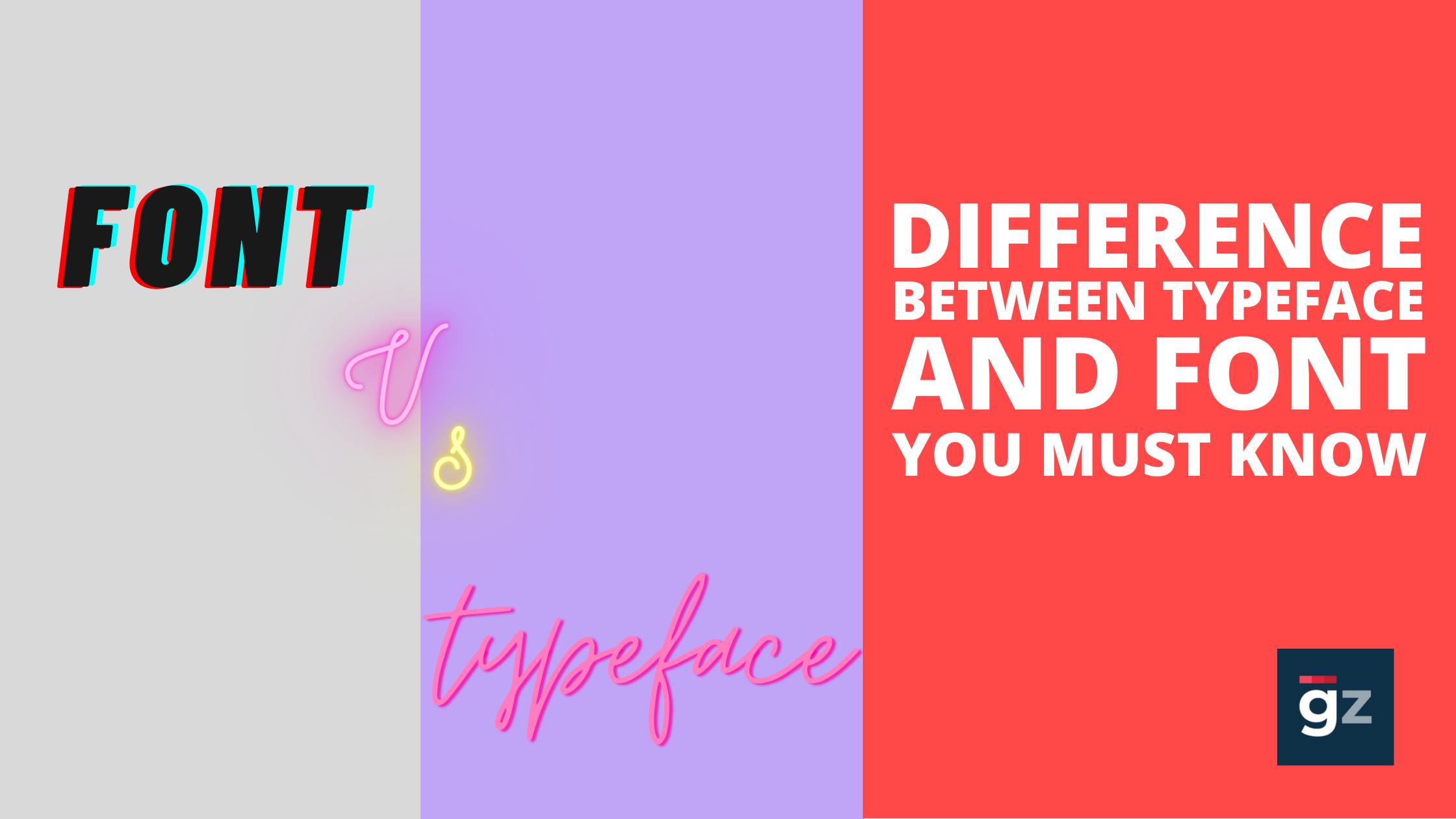 Difference Between Typeface and Font You Must Know 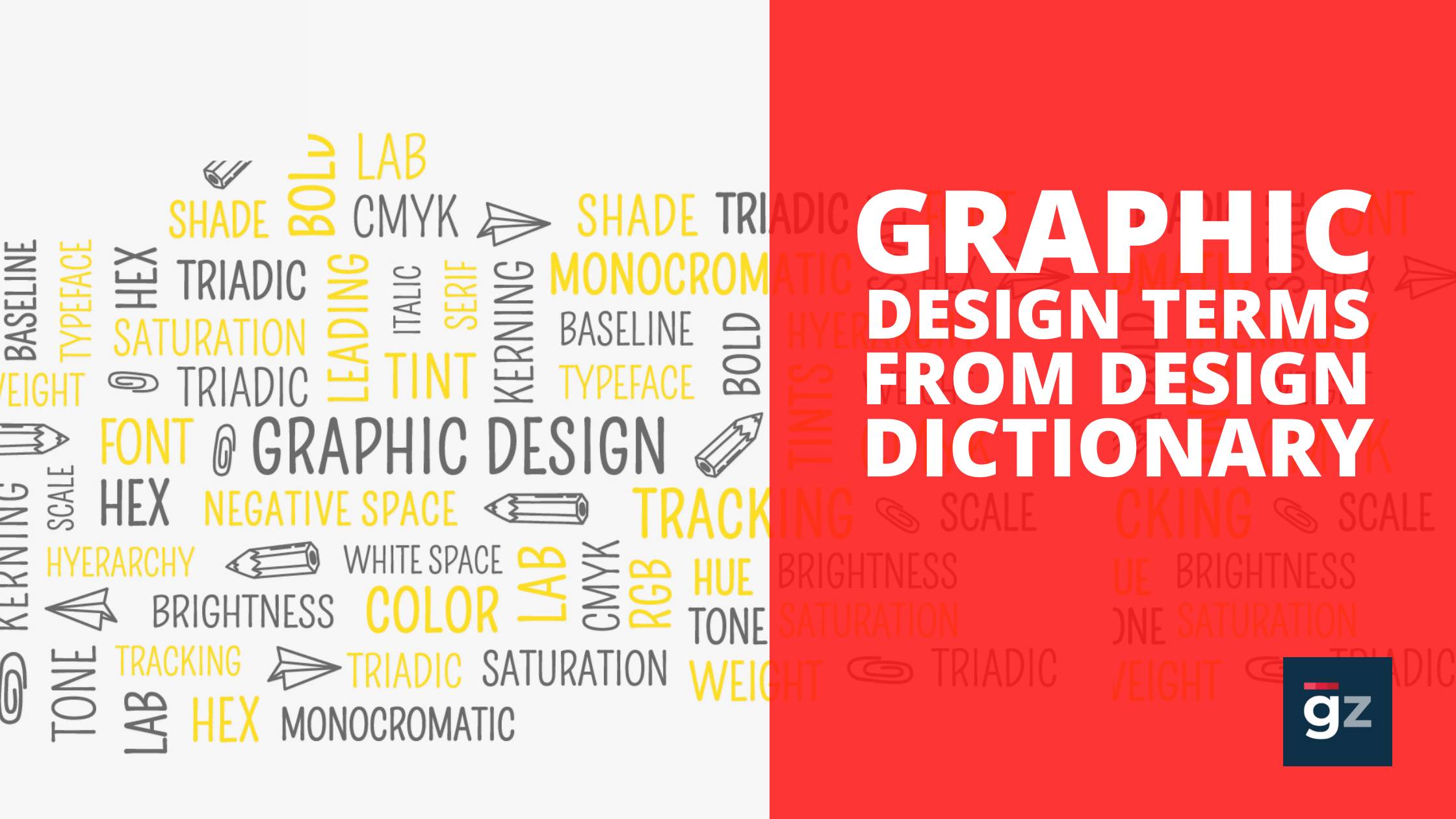 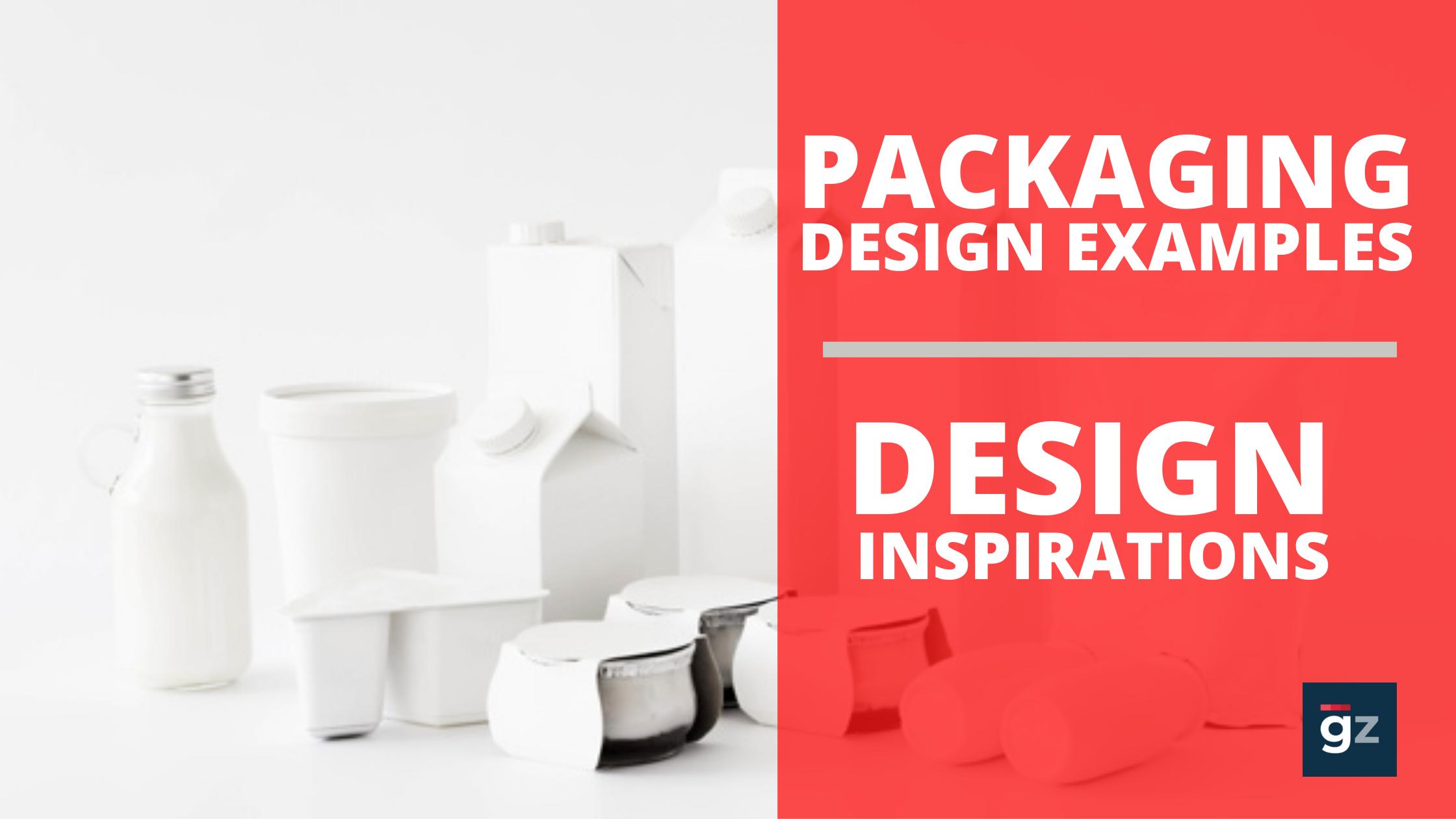